Today is April 17th. A year ago, at noon o’ clock – UserVoice opened it’s doors to the world. I remember sitting at my desk in Wausau, Wisconsin thinking, “Wow! We’re really doing it!”

Not exactly the big bang of growth we had hoped, but at least we had stopped talking about the idea, and now we were actually making it happen.

Earlier, we had set up a UserVoice page internally for ourselves and a couple other projects. For us it was working, but we wondered if anyone else would care as much. In the end, this proved to be hugely invaluable as users told us what was most important to them. Rather than build what we thought they wanted, we built what we knew they needed.

This of course was what UserVoice was built for, so we discovered very quickly what worked and what was junk. So, we tweaked and adjusted as we grew to streamline the service.

We Built It, Now What?

The next step was promotion – being an early Twitter person, this was my natural inclination. Considering we had very little money, the cost was perfect – FREE! Twitter served as a fantastic marketing tool that helped us generate new leads and make a name for ourselves. Suddenly writers were doing stories on us and things began spiking on up to early Summer.

Here we were, getting calls from major brands & agencies! They wanted features we didn’t have and APIs we didn’t yet provide. The thing was… we were out of money. We all started hustling design jobs or contracting – but we kept at it. Some days were much harder than others.

We were afraid that the initial interest in our project was a false positive — it seemed to be taking forever for big companies to make decisions. Could we create revenue faster by simply making smaller, more departmental sales?

None of us were sleeping well, and stress does pretty weird things with your frame of mind – a little touch and go there for awhile.

And that’s when something amazing happened. A muggy July evening, Rich and I had a long phone conversation. We talked about what we wanted to happen – how neither of us were happy trying to make it work. We wanted to MAKE it work. We decided.

We quit the side work the very next day and just focused.

Soon after we secured a couple of paid pilots. Family members chipped in. Money trickled in. It wasn’t much, but we were happy and watched things blossom accordingly. 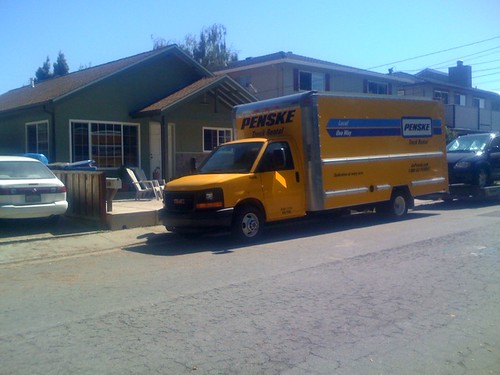 We needed to cut our costs, so in September we moved to Santa Cruz, where we found a vibrant new tech community beginning to flourish. If we needed to, we could still get to the City (San Francisco), but housing was considerably cheaper and the quality of life was wonderful. We found a small bungalow with a guest house in the back (occupied), so Emily and I rented the main house with our two kids (we’re married), while Rich slept on the couch.

By October, the economy was sliding. Rich moving out was becoming less likely. In December, the guest house out back opened up and we added a new team member, Scott Rutherford. Together they moved into the guest house where our dog, Rocky now likes to check in from time to time for a good scratch. We were still, and still are, all living on the same plot of land! 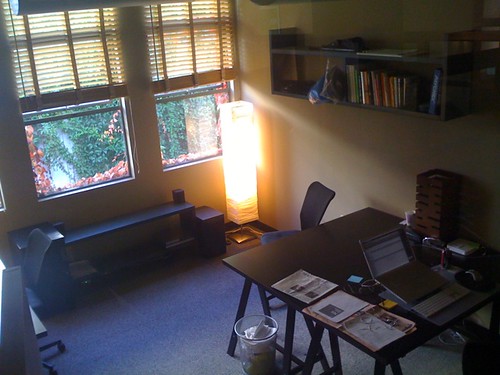 By shacking up together, sharing home-cooked meals, and eventually getting office space donated at the local coworking space, NextSpace, we were able to keep our initial costs down, streamline our efforts, and be amazingly efficient.

When you work AND live with your co-workers, there is no “9-5.” It’s 24-7. Our home became the UserVoice “compound,” which is one of the reasons we think made this work. We supported and encouraged each other to keep going. When one was down, the rest worked to pick the other up. This proved vital to our early days as a pre-revenue start up.

So all of that under our belt, we now have 13,683 organizations using our feedback service including Fortune 500 companies, startups, non-profits, education organizations, politicians, open source companies, rock bands and financial institutions! What a difference a year makes!

Anyway, we’re very pleased to have had the opportunity to share this last year with you. In the coming weeks we’ll be announcing a slew of new features, as well as a super improved widget – so be on the look out. What we’ve done so far merely a twinkle of what’s ahead!

More than that, we want to say thank you — so, for the next 48 hours, please be our guest and take 60% off your choice of Bronze, Silver or Gold for the next year.

Simply use the coupon code: oneyearolder

That’s it – again thank you. Have a great weekend!

P.S. — Looks like BusinessWeek took notice of us too – see BEDROOM STARTUPS