Most of my friends wanted structure for their first job out of college. I, alternatively, ended up in a job with little direction and a world of possibilities. I started at UserVoice in 2009, two months after I graduated from Claremont McKenna College with a double in Economics and Psychology. Now I head up the Biz Dev and Sales side of UserVoice. If you have sent us a message, called in, or emailed, chances are I have talked to you, and explained our product.

Thinking back, I always imagined that I would go into Finance or Consulting. My freshman year I drank the Kool-aid of their recruiting presentations and envisioned heading off to Deloitte, Bain, Goldman or any other firm after I graduated. But, by the time senior year rolled around, the jobs were scarce and it wasn’t like my little experience and laidback attitude was going to translate into a position. So, instead I joined UserVoice, ecstatic for the opportunity.

Over the next 22 months, I learned more about business than I think I ever could have at an entry-level (a.k.a. “b!tch work”) position at a major firm. My second day I was in a meeting with a well known Silicon Valley Company listening to our pitch. By the third day I was answering inbound inquiries about our product. Shortly afterwards I was the face of UserVoice, and as you probably know, had my picture pasted next to my phone number.  Unlike the traditional bureaucracy, our company moved quickly, and I had to be ready for anything.

If I have any advice after almost two years at a startup, it would be ‘go with the flow.’ If you do join a startup, your role will change, and you have to be willing to adapt as well as let people know what you want to do. Never in my life have I had so many and so many different responsibilities. By the end of April, my day-to-day will include everything from project management of our partnerships, to making sure the food was ordered for our Friday lunch meetings. Everyday is something different, but combining all the tasks has given me a whole picture of how to run a company. 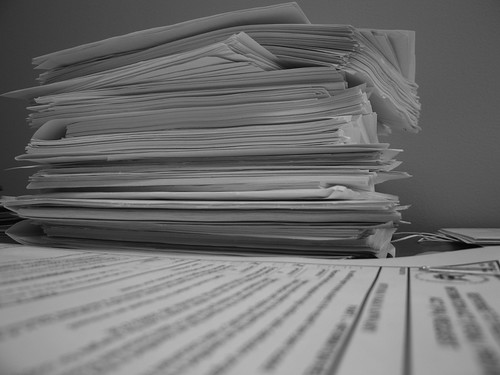 People always recommend joining a startup to anyone fresh out of college, and don’t get me wrong, working for UserVoice has been an amazing experience. The other perspective you rarely hear is that it lacks structure. As a first job, I was given the freedom to explore my interests, but it didn’t come without its costs. Coming from a politically charged school, I was able to help open up our Civic Engagement program, which has opened up UserVoice to government agencies across the world. On the other hand, there were things that fell through the cracks. As I expanded my role, the little things that needed to be done started eating away at time I wanted to spend doing more interesting things. Non-essential tasks became second string to responding to customers quickly and courteously.

So, was I the right man for the job? In a word, “yes,” I think I was. I was ready for the challenge. I was ready to build a better product than our competitors, and most of all, I was ready to hustle. From the perspective of the team at UserVoice, I was someone willing to work hard in a position that was ill-defined. From my own, I was about to graduate with no technical skill, just an appetite for experience in cross-section of business and technology. Two years later, I think I made the right decision, and would make it again.

I’ve gained invaluable experience with the UserVoice team. While I’ve watched my friends spend long hours aggregating spreadsheet data, I was having lunch with potential clients and creating marketing material for our product. When I hear people say, “I am going to Business School,” I always want to respond: “Just take that money you would spend and start a company.” Or just join a company with people you believe in.

At the end of the week my journey continues. I’m off to pursue a career in…who knows. I’m sad to go but I am looking to try something new – plus San Francisco summers are terrible.